Love in the Wild, the guiltiest pleasure (or is it pleasure-iest guilt) of my summer viewing lineup, bid farewell to its two most toxic contestants Tuesday night, while introducing a half-dozen new potential skanks to help stir up trouble among the six remaining couples.

But let’s be honest: Enjoying this show has little to do with who was the first to successfully capture a guinea fowl and race to the Overt Sarcasm of Jenny McCarthy, or who “won,” who “lost,” and who ended up in the dreaded “Unmatched Area.”

All you really need to know about Episode 2 is this: At the couples ceremony, Summer chose to change partners to Ryan after “The Timster” smashed cake in her hair; Ryan agreed to the switch simply to get away from emotionally needy harpie Shauna; and the episode ended with the introduction of six smugly grinning females — meaning next week the competing duos will turn into awkward trios.

Beyond that, the pertinent details are all captured in the timeless form of the screen grab. So click through the gallery below, then hit the comments and share your thoughts on Episode 2, and which “couples” you’re rooting for in the competition/in life. 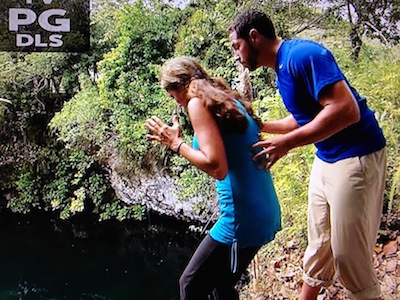