Good news: Howard and Bernadette’s wedding appears to go off without a hitch in The Big Bang Theory‘s May 10 season finale — and we’ve got the photos to prove it!

NASA’s decision to change the date of Howard’s space launch prompts the happy couple to move up their nuptials. Easier said than done, right? Luckily, Penny, Leonard and Co. pitch in to help them plan the now-last-minute soiree.

Also included in the Season 5 finale gallery below: A shot of the gang (presumably) watching Howard blast off into outer space. Should we be concerned by the look of horror on their faces? 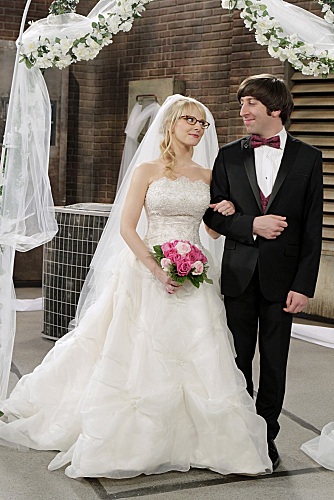