Is Howard about to do battle with his future father in law? What’s the problem with Leonard and Penny in the bedroom? And do the following images from the May 3 episode of The Big Bang Theory shed light on either question?

Meanwhile, Leonard says something surprising to Penny in the bedroom, prompting a whole lot of shoulder shrugging.

Sneak a peek at the first look gallery below and see if you can figure out how the twin crises will play out. 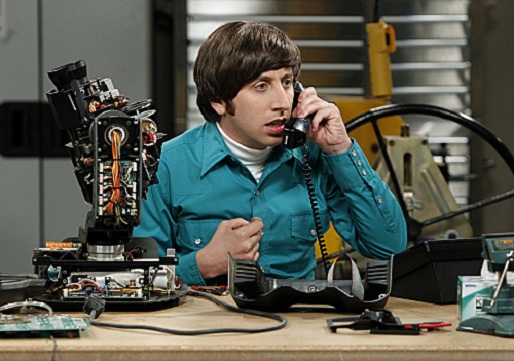