Nikita resumes its fearless sophomore run this Friday at 8/7c, and we’ve got a first look at the spy thriller’s jaw-dropping new installment.

Per The CW’s official description of the episode (which is just too juicy not to include in its entirety), “When Nikita worked for Division, she targeted a man named Nicholas Brandt (guest star Rick Ravanello) and infiltrated his inner circle. She captured him and he’s been behind bars ever since. However, Percy springs Brant, and his first mission is to capture Nikita for payback. After he has her in his clutches, he tortures her, forcing Nikita to face a side of herself she thought she had long buried.”

As expected, Michael, Alex and Sean band together to rescue their fearless leader, but Percy is ruthless in his pursuit of payback and — gasp! — one of these rogue agents will be pushed to “the brink of death.”

Click through the hot shots below, and then hit the comments with your thoughts on Nikita‘s next mission.

If you like TVLine, you'll LOVE our email news alerts! Click here to subscribe.
First Look: Nikita Is Taken Captive and Tortured - But Someone Else Is On 'the Brink of Death'! 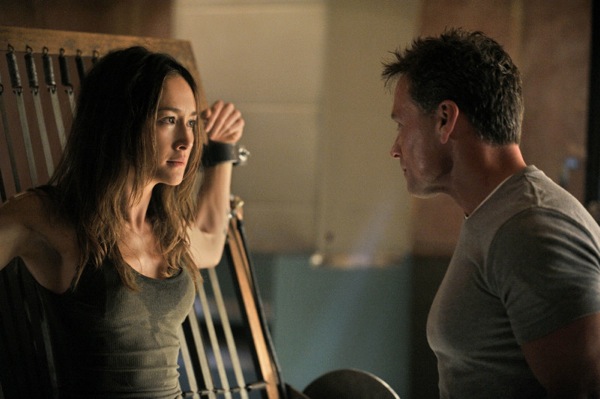