Firefly co-stars Nathan Fillion and Adam Baldwin are teaming up once again to take down bad guys. But this time, they’re staying grounded — on ABC’s Castle — rather than taking flight on Serenity, and we’ve got a sneak peek at their April 16 reunion.

With the situation between Beckett and himself growing ever more tense, Castle decides to work alongside Baldwin’s Detective Ethan Slaughter, who hails from the gang unit. But the novelist/amateur crime sleuth gets more than he bargained for when he sees Slaughter’s grittier methods up-close. (His name wasn’t enough of a tip-off?)

Check out the gallery below and then hit the comments with your thoughts/Firefly excitement/etc. 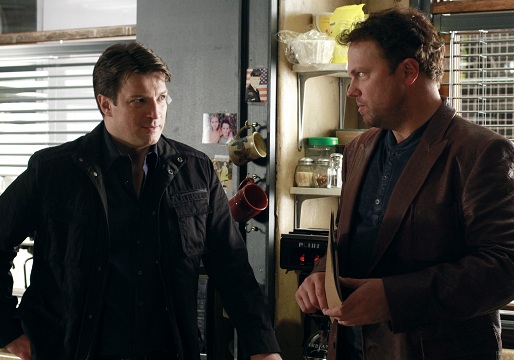