As if! No, really, Clueless co-stars Jeremy Sisto and Alicia Silverstone are reteaming on his ABC sitcom, Suburgatory, and we’ve got your first look at the actress formerly known as Cher in Chatswin.

Sisto’s suburban dad George encounters Silverstone’s Eden at the Farmer’s Market in the April 18 episode (airing at 8:30/7:30c) and is instantly impressed with her healthy eating habits. The two later find themselves at dinner with Noah (Alan Tudyk) and his wife Jill (Gillian Vigman), but their glum faces suggest it’s far from a happy meal.

Check out the preview below and then hit the comments with your thoughts/Clueless-isms! 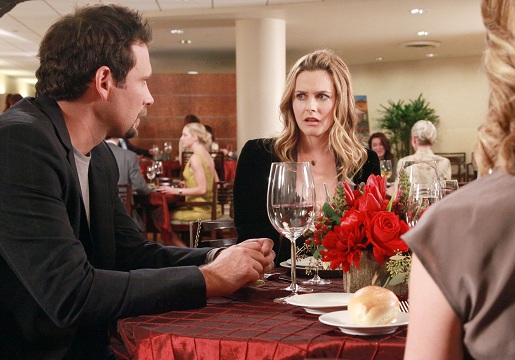