On April 10, Glee welcomes White Collar hunkmuffin Matt Bomer as the cheekily-monikered Cooper Anderson, the older brother of Darren Criss’ Blaine, and TVLine has an exclusive first look at the siblings in mid-reunion.

Glee: Scoop on an “Exciting” Season 4

As we first reported, the Brothers Anderson are set to perform a mash-up of classics from ’80s supergroup Duran Duran in the episode, which is appropriately titled “Big Brother.”

Sneak a peek at the photo below and then hit the comments with an answer to this question: Based on this pic alone, are Cooper/Blaine > Sam/Dean? 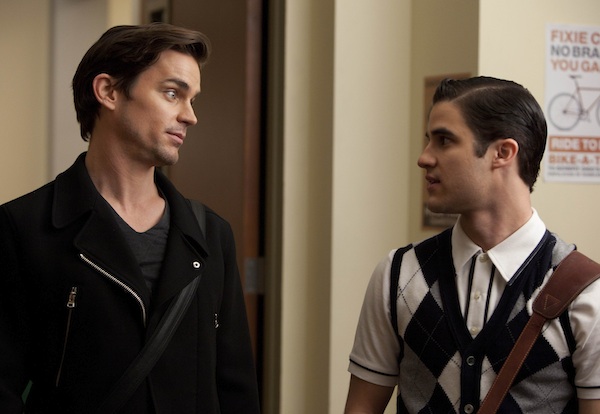