Nikita is about to give fans something they’ve been craving for nearly two whole seasons: a balls-to-the-wall, knock-down, drag-out fight between the titular spy and Division dame Amanda. And that’s not all!

“Power” (airing next Friday at 8/7c) also sees the the return of, well, power to onetime boss man Percy, who has for a majority of Season 2 been imprisoned or on the run.

Click through the scoopy shots below for a glimpse at what happens with Amanda tries to take out Nikita! 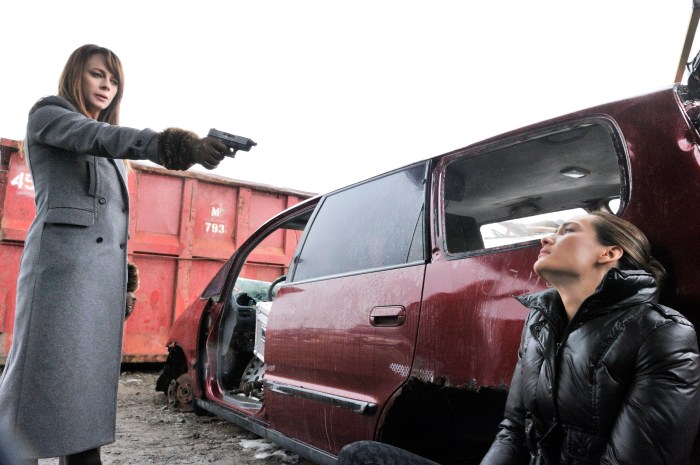