Are Percy’s days numbered? If the following scoopy shots from Nikita‘s next new installment are any indication, it seems a likely possibility.

“Doublecross” (airing March 16 at 8/7c) once again finds the former Division leader at the mercy of Nikita and Co. — only this time there’s a twist. The rogue crimefighters are actually working with their archenemy Amanda, who has offered up the release of Ryan (played by Noah Bean) in exchange for the team ending Percy’s reign of terror.

However, we’re guessing he won’t go down without a fight — especially since his secret ally Carla (guest star Erica Gimpel) is present in their makeshift interrogation room.

Browse the pics below, and then hit the comments with your thoughts on Nikita’s latest mission! 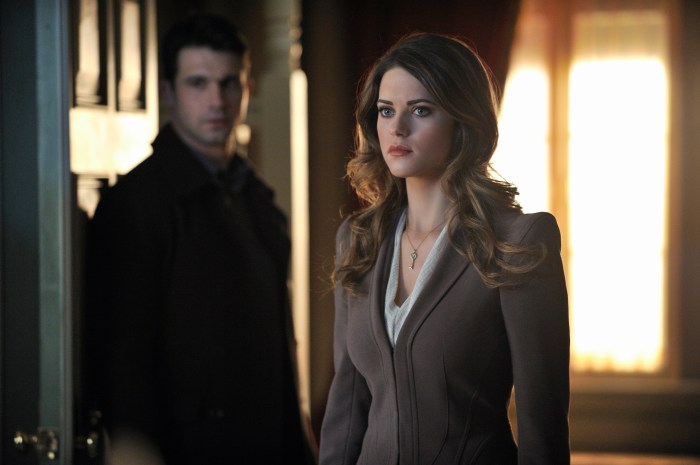