Community doesn’t return to NBC’s schedule for another two weeks, but we’ve got a sneak peek at the much-missed comedy’s March 15 comeback episode, titled “Urban Matrimony and the Sandwich Arts.”

So what does the study group have on tap? Another crazy costume, of course, but this time it isn’t the Dean who’s donning the ensemble. Check out the strange sight that is Troy wearing Pierce’s dead dad’s ivory hairpiece in the following photo gallery. 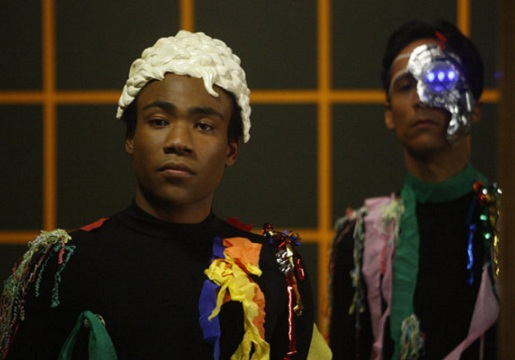