In just under a month, ABC Family’s increasingly thrilling Pretty Little Liars will unveil the identity of “A”, that nefarious troublemaker — and what better time and place to do so than at a big, fancy masked ball?
The Season 2 finale (which airs March 19 and is aptly titled “unmAsked”) takes place at the Rosewood Junior League’s Masquerade Gala — yes, it seems the girls somehow found time between death threats and secret affairs to become debutantes! — and finds the Liars hot on the trail of “A.”

Click through the photos below to see what Pretty Little Liars’ season ender has in store, then hit the comments with your latest thoughts on who “A” might be. 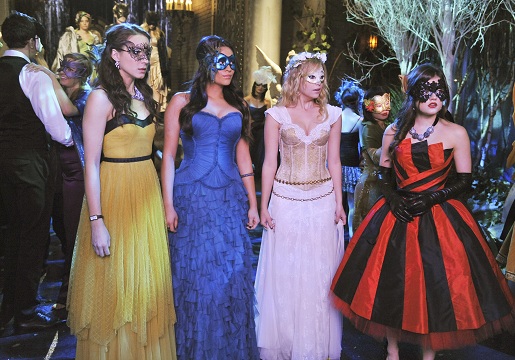