Louis C.K. is headed back to Parks and Recreation as Leslie Knope’s mumbly, bumbly former flame Dave — and we’ve got your first look at the awkward encounter between the mild-mannered cop, his ex and her new love, Ben.
The Louie star is set to reprise his memorable Parks role in the Feb. 16 episode, which finds Leslie and Ben running into Dave (who relocated to San Diego in Season 2) during an attempt to get Pawnee’s Chief of Police to endorse Knope for City Council.

Take a peek at the photos below, and then hit the comments with your thoughts on the obviously uncomfortable gathering.

If you like TVLine, you'll LOVE our email news alerts! Click here to subscribe.
Parks and Recreation Hot Shots: Louis C.K. Brings Awkward Back to Pawnee 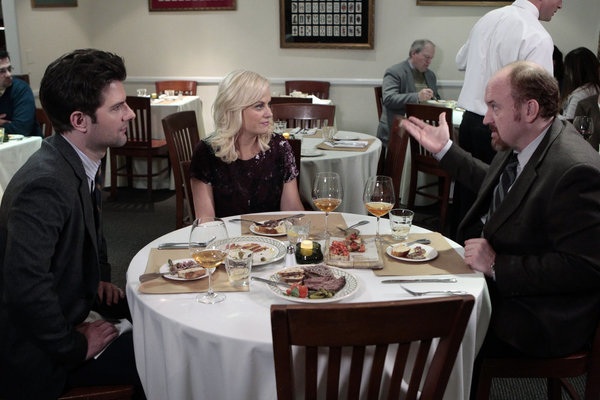