Gossip Girl‘s runaway princess bride has landed!
We’ve got your exclusive first look at next week’s episode of the CW sudser, which picks up right where Monday’s 100th installment left off — with Dan chauffeuring a newly-married Blair away from her wedding reception from hell. Where did he take her? To the airport, of course!
As executive producer Josh Safran previously teased, the on-location shoot “was a really complicated, but super fun, big, great set piece” that yields “some of the best comedy we’ve ever done. [It’s] very funny.”
A few quick takeaways from the gallery below: The princess and her pauper face an uphill battle reaching their final destination, Blair must really be in a bad place if she’s augmenting her wardrobe at an airport gift shop, and this episode is already well on its way to being our favorite GG hour of the season.
Check out the gallery below and then hit the comments with your thoughts on Blair’s honeymoon at the (apologies in advance) Dairport.

If you like TVLine, you'll LOVE our email news alerts! Click here to subscribe.
Gossip Girl Exclusive First Look: Dan and Blair Take Flight (or Do They?) in Episode 101! 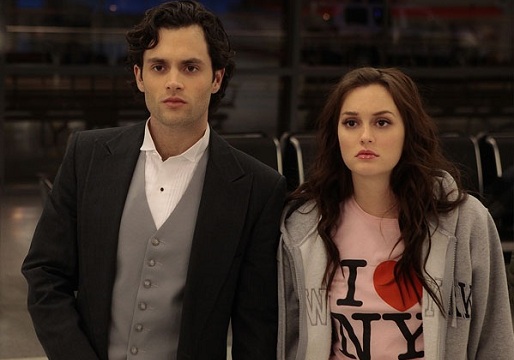