Looks like February — and not June — will be Gay Pride Month at William McKinley High. Indeed, we’ve got a sneak peek of Rachel’s two dads (Jeff Goldblum and Brian Stokes Mitchell), plus one of Glee‘s most hotly anticipated guest starts of 2012, openly gay heartthrob Ricky Martin — all three of whom will make their debuts on the hit Fox series between now and Valentine’s Day.

Goldblum and Mitchell join the cast as Hiram and Leroy in the Feb. 14 episode (airing at 8/7c), in which they host a dinner party. Hmm, could it be for their daughter’s possible new fiancé, Finn?

Meanwhile, next Tuesday, Feb. 7, Martin stops by as “the hottest Spanish teacher ever in the history of Ohio.” Sorry, Mr. Schue! The new educator will also be administering some musical lessons to New Directions (bon-bon shaking included). 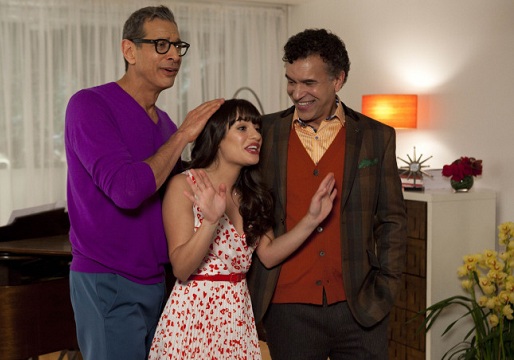