How I Met Your Mother fans, are you ready for Robin/Ted redux? Because we’ve got some new photos from the Feb. 20 episode of the CBS hit, and the exes-turned-roommates look to be getting very close.

As executive producer Carter Bays previously teased, “Stuff happens that makes Ted and Robin question their living arrangements.” Realizing it’s been years since Ted asked her where she sees herself in the future, and she’s still in the same place, Robin and Ted “literally do the five-year reassessment off that one line in their Season 2 breakup.”

How I Met Your Mother Hot Shots: Barney Meets His Match in Becki Newton

Ted takes things one step even further, using the end of Robin’s relationship with Kevin (Kal Penn) as an opportunity to confess his true feelings for his former girlfriend. But does her packed suitcase mean she’s moving on from her ex and then some?

Meanwhile, Barney makes it his mission to find something private of Marshall and Lily’s.

If you like TVLine, you'll LOVE our email news alerts! Click here to subscribe.
How I Met Your Mother Sneak Peek: [Spoiler] Confesses His Feelings to Robin! 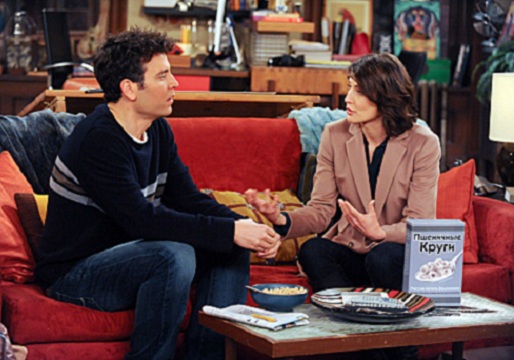