How nimbly can one traverse the globe in giant clown feet? That may be the question facing one of the teams in the 20th edition of CBS’ The Amazing Race, which has just unveiled its cast.

Their ages range from 25 to 45, and among the duos are a pair of federal agents, a set of twins, two sisters, married professional clowns and a guy called “Fitness.” You’ll also spy Big Brother 13 winner Rachel Reilly and her fiancé/fellow Houseguest, Brendon.

Take a look at all 11 teams and get ready for the next Race, kicking off Sunday, Feb. 19.

If you like TVLine, you'll LOVE our email news alerts! Click here to subscribe.
Amazing Race 20 Cast Includes Big Brother Duo, a Guy Named 'Fitness' and a Couple of Clowns 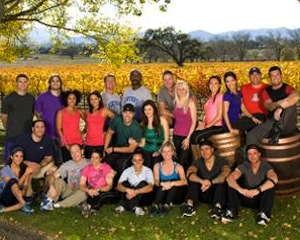