“He’s naked in the whole episode!”

So says Nikita‘s Maggie Q of her co-star Dillon Casey in this Friday’s installment of the CW spy thriller. We initially thought she was exaggerating, but lo and behold, the following photos prove that Oversight Agent Sean Casey is all kinds of nakie in the hour-long episode, which finds the gang reunited — Alex included! — for a mission showrunner Craig Silverstein describes as “hell.”

“The episode is called ‘Sanctuary’ because we wanted to give them time to just breathe and be together before all of the hell breaks loose again,” Silverstein tells TVLine, adding playfully, “And we push that for at least a half-hour — then hell comes back.”

Despite the impending hellaciousness, Silverstein says fans can look forward to more “very sweet” moments between one mentor and her former protégé. “Nikita will actually give Alex an example from her past which points to some of her pre-Division origins as a way to help Alex get over the shock of what’s happening with her mom,” he teases.

And if that’s not enough, star Shane West reveals to TVLine that the episode is “essentially a two-parter” — meant to set up the remainder of Season 2. “It’s fun to have Alex back on the team, Sean is there as well, and Percy’s about to break out of Division.”

Find “Sanctuary” in the below photos, and then hit the comments with what you’re most excited to see! 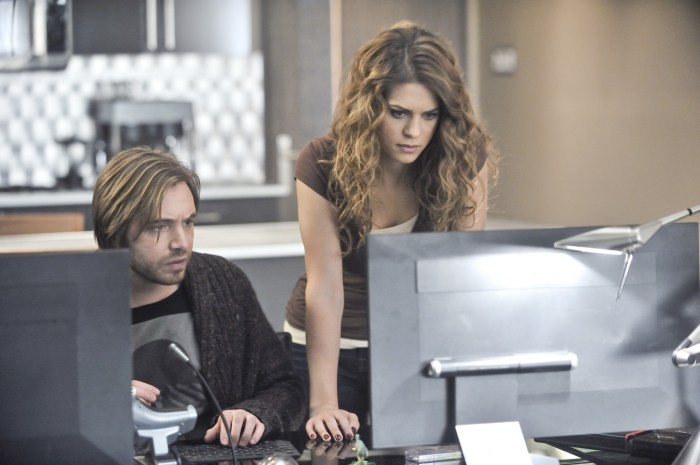