Move over, Jake. There’s a new, mysterious stranger in town on The Secret Circle.

Driven to get her individual powers back, Faye will seek out Lee, a dangerous guy who runs an occult Botanica, and we’ve got your first look of Friday Nights alum Grey Damon in the role.

Secret Circle Boss on the Fall Finale’s Major Cliffhangers and What’s Next!

Executive producer Andrew Miller describes Lee as “confident and cocky and [having] a different kind of power than we’ve seen.” It’s no surprise then that his assistance in Faye’s scheme in the Jan. 12 episode “could prove dire for some of [the] other characters.”

Is Lee the good kind of bad or the bad kind of bad? And does it matter when these two look so damn pretty together? Check out the gallery below and then hit the comments with your thoughts. 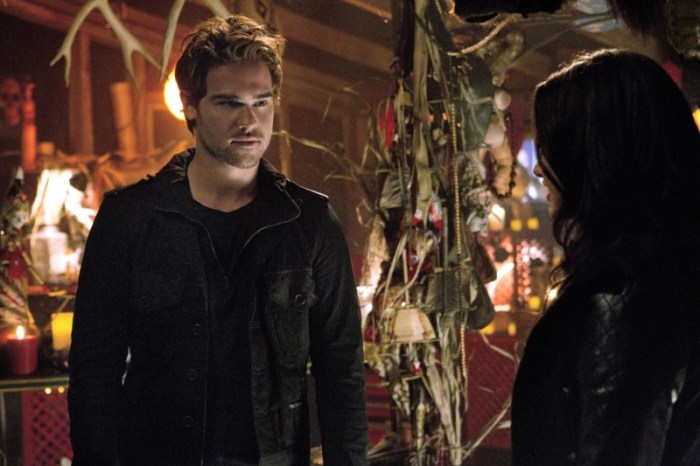