The Secret Circle is about to get an infusion of power — from Charles’ mother, Kate!

When the CW series returns Jan. 5, Mama Meade (Hunter alumna Stepfanie Kramer) will be dropping by Chance Harbor, and we’ve got a first look at her unexpected visit.

Diana is thrilled to see her grandmother, but her presence means trouble for Charles and Dawn. You see, Kate is a very powerful Elder — “maybe more powerful than we’ve seen with Henry and Jane,” executive producer Andrew Miller previously told TVLine. “[She] will have certain abilities to sense things.” Like the world’s most awkward dinner party with Charles, Dawn, Diana and Cassie, in whom Kate takes an interest.

Meanwhile, it looks like Cassie’s dark power may prove life-endangering for Adam after she enlists his help with a secret about herself.

Check out the gallery below and then hit the comments with your thoughts/predictions. 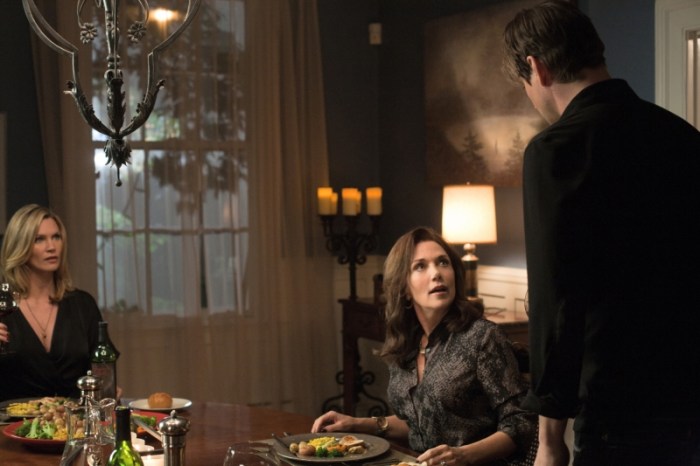