Chuck co-creator Chris Fedak has already touted next Friday’s episode, “Chuck Versus the Hack Off,” as one of “the nerdier episodes” of the NBC series. Well, we’ve got something that will truly take it to the next level of geek heaven — pictures of Community‘s Danny Pudi guesting on the show!

When news of Pudi’s cameo was first announced, his role was shrouded in secrecy. Would he be playing his Community alter ego, loveable oddball Abed? A new character? Turns out Pudi will — very appropriately, we might add — guest star as Vali Chandrasekaren, a member of the Buy More’s Nerd Herd. Word is he causes some added friction between Jeff and Lester.

Check out the photo gallery below and then hit the comments with an answer to this question: Does Chuck + Pudi = nerdvana? 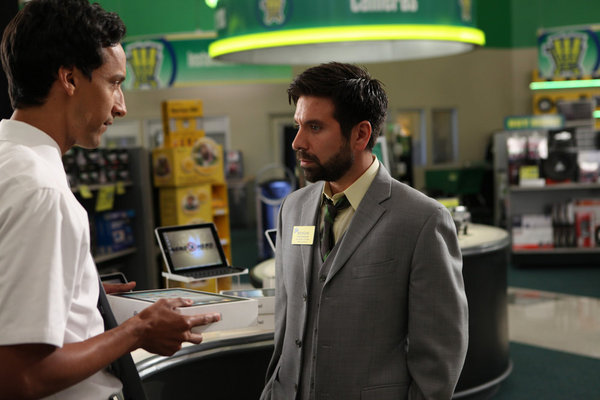