Call them the Pretty Little Conspirators. As seen in the first flurry of photos from the final season premiere of ABC’s Desperate Housewives, Carlos, with wife Gaby and the other Housewives, will dig a potter’s grave for Gabrielle’s evil stepfather, whom Carlos fatally bludgeoned in last May’s finale.

Granted, Carlos was acting in Gabrielle’s defense — Alejandro was forcing himself upon his long-ago abuse victim — but for this reason and the other one, the group decided to spare Carlos the risk of murder charges, and cover up the killing.

Flip through the foreboding photos below — with some lighter moments sprinkled in — and/or watch the video sneak peek beneath, which spells out the dark, grave-digging scene. 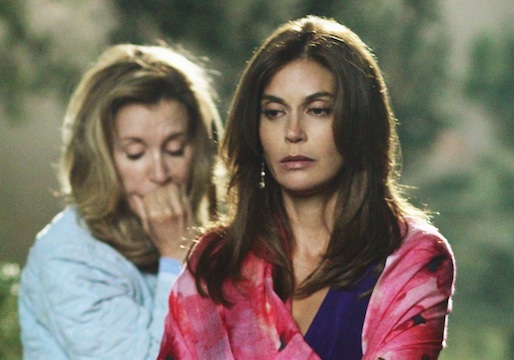