You don’t have to wait for some enchanted evening to meet the bulk of the Survivor: South Pacific cast. We’ve got your photos and bios right here!

In addition to the 16 folks shown below — including a mortician, a marijuana salesman, a (female) lingerie football player and Survivor vet Russell Hantz’s nephew — CBS will release later this week the names two “former castaways who will return to seek redemption.” (Warning: Someone in the Comments may spoil that reveal.)

What else is there to tell you, hmm…. Well, the tribes will be called Savaii and Upolu (named after the two islands of Samoa), and the Redemption Island twist will again be in play, when South Pacific premieres Wednesday, Sept. 14, at 8/7c, with a 90-minute opener. (A video of the cast introducing themselves can be found here.)

If you like TVLine, you'll LOVE our email news alerts! Click here to subscribe.
Meet the Survivor: South Pacific Cast! Who Gets Your Early, Superficial Vote? 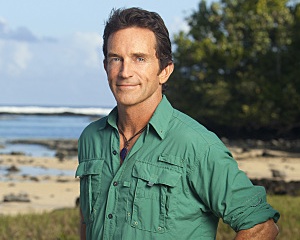