Behind virtually every great TV headliner today there is a great, and often times large, ensemble. Which means that scoring a nomination for Outstanding Supporting Actress in a Drama Series may be one of the most competitive battles Emmy serves up. But with Elisabeth Moss (Mad Men) braving the Lead Actress race this year and Rose Byrne out of the race entirely (Season 3 of Damages didn’t air during the eligibility period), watch for some new blood to be injected into the race.

Review this slideshow of the major contenders — including TVLine’s half-dozen Dream Nominees — then vote below for who you think are the six best. And check back Tuesday for our preview of the Supporting Drama Actor race!

If you like TVLine, you'll LOVE our email news alerts! Click here to subscribe.
Emmys 2011: The Supporting Drama Actress Race in Review, Including Our Dream Nominees 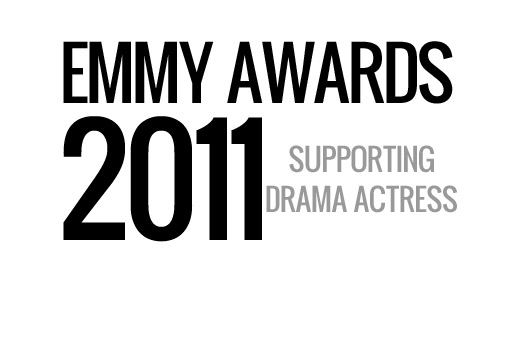