In 2010, the Emmy for Outstanding Lead Actress in a Drama Series seemed destined to go to Julianna Margulies for The Good Wife. Everybody said so. Apparently everybody but the Emmy voters, that is. They decided instead, that after her fifth nomination, it was The Closer’s Kyra Sedgwick who finally deserved to win. This year the big buzz surrounds Mad Men’s Elisabeth Moss. Come award night, will she or some other fresh face have the statuette in their hand? Or will Margulies, again a seeming frontrunner, claim it this time? Or someone else patiently waiting their turn? Here’s our analysis of the standouts competing to get a nod.

Review this slideshow of the major contenders — including TVLine’s Dream Nominees — then vote below for who you think are the six best. And check back Friday for our preview of the Outstanding Lead Drama Actor race!

If you like TVLine, you'll LOVE our email news alerts! Click here to subscribe.
Emmys 2011: A Look at the Lead Drama Actress Race — Including Our 6 Dream Nominees 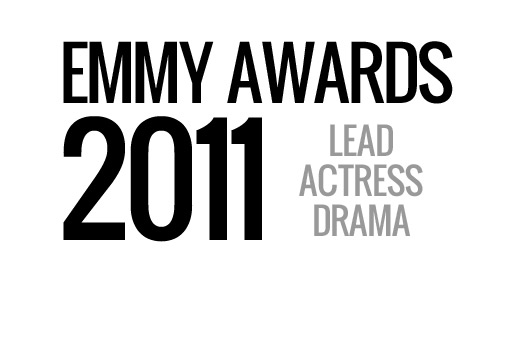