Last year, the Outstanding Supporting Actress in a Comedy Series race was dominated — and we do mean dominated — by Glee, Modern Family and 30 Rock. This year looks to be a reprise of that contest unless a seeming underdog (Cougar Town or Community perhaps?) manages to pull off an Emmy breakthrough in awareness and respect – the kind that, say, How I Met Your Mother has been yearning for for so long. It can be daunting. Here’s how things look going into nomination season.

Review this slideshow of the major contenders — including TVLine’s half-dozen Dream Nominees — then vote for your own favorite six below. And check back Monday for our take on the Supporting Comedy Actor race!

If you like TVLine, you'll LOVE our email news alerts! Click here to subscribe.
Emmys 2011: A Look at the Supporting Comedy Actress Race, Including Our Dream Nominees 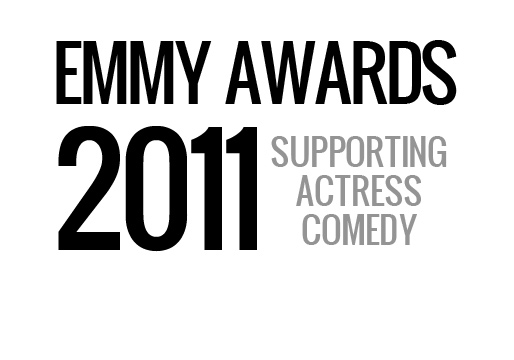