There were plenty of reasons to smile during last year’s Emmy Awards. Not only did favorites like Modern Family and Glee‘s Jane Lynch walk away with statues, but The Good Wife dark horse Archie Panjabi and The Big Bang Theory‘s Jim Parsons also deservedly got rewarded, both first-timers. Of course, the biggest smiles (and choicest soundbites) came from the winners themselves. Take a look back at what the big winners from 2010 had to say about their big moment at the 62nd Primetime Emmy Awards. And designers, start sending your dresses to this first winner now! This year’s show will be held September 18, at the NOKIA Theatre in L.A. 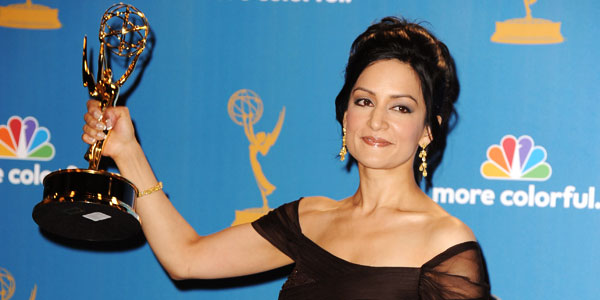